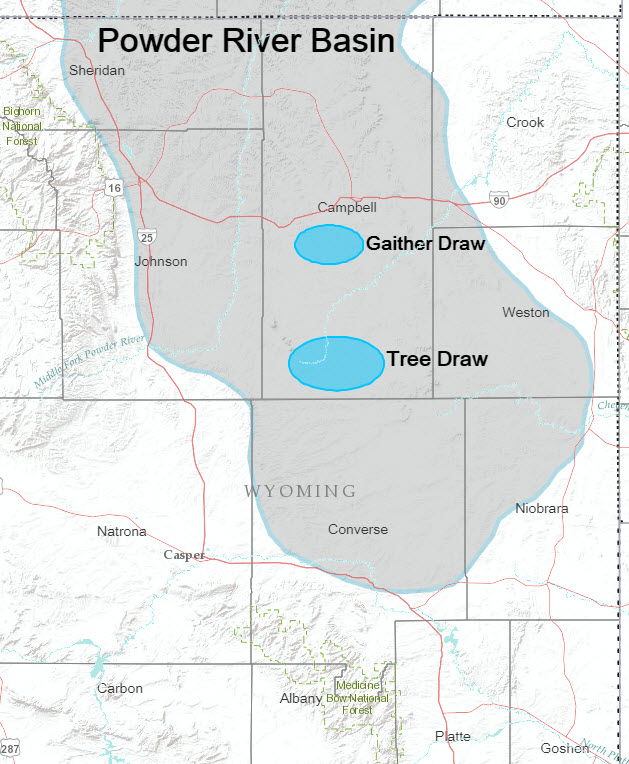 Ballard Petroleum’s most active operating area is the Tree Draw project in southern Campbell County including K-Bar field.  While the Company began operations in this area in 2001, it has been a focus of continual horizontal development since 2012.  Five producing horizons are now under development including the Turner, Parkman, and Shannon sandstone reservoirs and the Niobrara and Mowry shale reservoirs.  Company operated development continues year-round with a single-rig program primarily focused on infill development of the Parkman and Turner reservoirs.  Nearly continual non-operated development includes these objectives along with the Niobrara and Mowry.  The program has progressed to multi-well pad drilling of the multiple objectives, while planning ahead to accommodate varying wildlife stipulation windows.

Additionally, we are working towards full-scale shale development with 3 shale tests in 2019 as we begin the optimization process for ultimate spacing.  With nearly 600 feet of combined thickness for the Niobrara and Mowry targets, we project full development to require 16 wells per spacing unit, simultaneously completed in “Tank-Style” fashion as per the success acknowledged in the Permian, Bakken, DJ Niobrara and SCOOP/STACK.  Cost savings, increased reserves through fracture complexity, and elimination of parent/child well interaction is taking these plays to yet another level.  Ballard has recognized that its K-Bar asset has entered the maturity stage and intends to be an early mover to apply this level of shale development while continuing the development drilling program of its tight sands.

On another front, Ballard has applied to initiate a pilot waterflood of the Parkman sandstone in its K-Bar asset.  Ballard has extensive experience with horizontal flooding the Parkman and will be leveraging this expertise to move its K-Bar Parkman production to the next level.  The Company’s Gaither Draw Parkman Unit has been under waterflood since 2011 and is seeing remarkable response using horizontal wellbores. 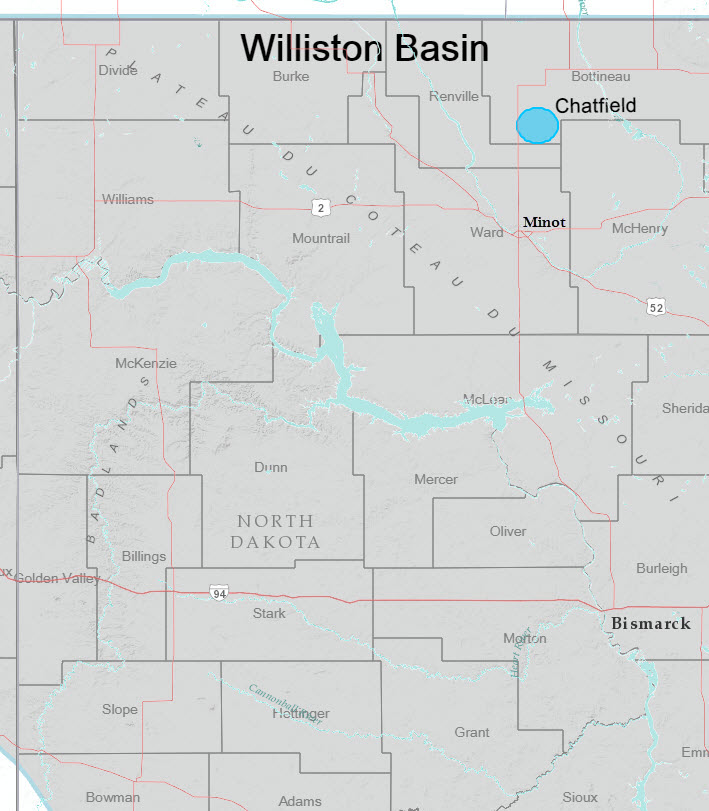 Ballard has maintained an effort to explore for conventional reserves on the east flank of the Williston Basin in an area not overlapped by Bakken development.  Ballard currently operates one field in the basin.  Discovered in March of 2014 in southern Bottineau County, Chatfield field produces from the Mississippian Mission Canyon Formation at an average depth of 4,500 feet.

Mission Canyon reservoirs in this area of the basin can be very prolific as is evident by the estimated 8 MMBO in place in just over 500 acres. Primary recovery from these reservoirs can be as high as 30% and it’s not uncommon for enhanced oil recovery efforts to produce another 20%.   There are seven producing wells at Chatfield, five of which are operated by Ballard.  We are currently going through the final stages of creating a unit to implement a secondary recovery project through waterflooding and anticipate operations to begin in first quarter 2020.